Fly eye 3d lenticular software
This software used to design fly eye lens image production, three layer (highlight layer, an intermediate layer, a layer of hollow) 360 degree perspective view of a solution between the three-dimensional layers, the same layers no space depth of field..
The software is extremely popular on the market, easy to operate, good effect, dot printing without the need for 3D stereoscopic alignment position.
This software really does not apply to full-color three-dimensional, there is no domestic machines that can print a full-color 360-degree perspective view, please note that, to prevent fraud. Full-color 360 dots perspective view
Dots lens is composed of numerous dots composed of neatly arranged special lenticular lens,Each dot is a tiny magnifying glass.
dot lenticular lens image around a perspective view in addition to a three-dimensional, the bottom is also three-dimensional, three-dimensional rotation is the same at any angle.
PLASTICLENTICULAR 360 Degree Stereoscopic Effect Fly eye 3d lenticular software
Dot 3D lenticular software (Registered No.2009SR039989) is the special lenticular that permuted by countless dots, every dot is a microscopic magnifer.
This software is designed for making 3D loop pattern of dot lenticular. The pattern is cyclic permuted by countless small graphics, it is not only stereoscopic in all directions, but also has no dazzling area, the stereo 3D effect is quite clear. To people’s surprise, it doesn’t require much higher DPI of lenticular lpi, for example, the graphic made by 50 lpi has the same stereoscopic effect as that made by 51 lpi. In addition, it is easy to affix, generally, you just need to aim at angle basically, it’s ok. The stereoscopic effect will not be affected when locating on the left or right, up or down. It is grate for packaging, what’s more, the effect is extraordinary.
You can just input BMP form, 1bit, 8bit, 24bit, either is ok, the output form is the same as the input form, generally speaking, we suggest people use 1bit form solid file, the effect will be much better.
PLASTICLENTICULAR 360 Degree Stereoscopic Effect Fly eye 3d lenticular software
360 degree 3d effect ,for 360° 3d packing ,360° 3d card etc.
3D in 360 degree,design simple dot pattern,like star shape,round shape, triangle shape .Suitable to any LPI and DPI
This software is an ultimate synthesis output after the "dot raster image", and can be opened with the commonly used software to print or printing plate.
Any question,pls send email to info@plasticlenticular.com 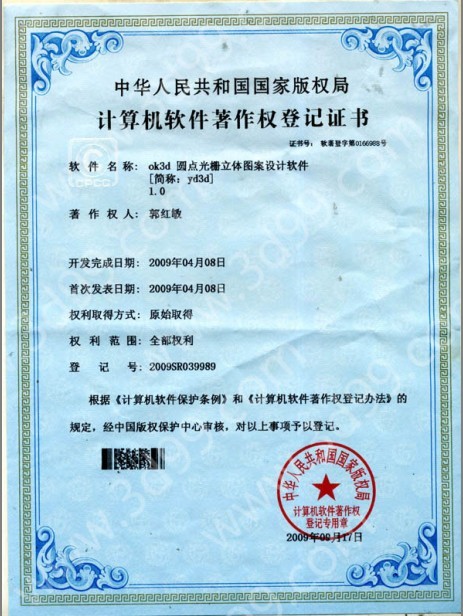